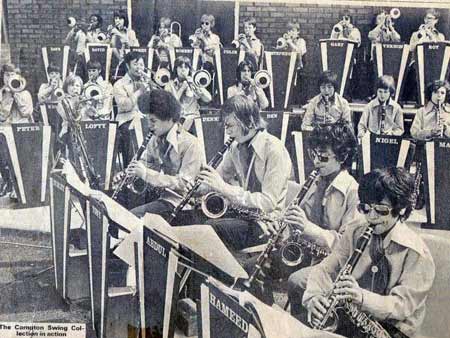 David Botwe affectionately known in the French horn world as “Satch”, started his musical journey at the age of 13 when his late father bought him his first trumpet. Satch joined his school band called The Compton Swing Collection, a school band like no other in greater London, maybe in the UK itself. The music teacher and band master was one Mr Eddie Rogers, an ex-military man who worked as a music publisher on Tin Pan Alley.

Tin Pan Alley is the name given to the collection of New York City music publishers and songwriters who dominated the popular music of the United States in the late 19th century and early 20th century.

Denmark Street in the west end became the Tin Pan Alley of Britain. The street was originally residential, but became used for commercial purposes in the 19th century. At first, metalwork was a popular trade but it became most famous as Britain’s “Tin Pan Alley” housing numerous music publishers’ offices.

The Compton Swing Collection broke away from the usual classical music or the usual mundane music associated with school bands, Big band and swing was where it was at. Eddie Rogers as a music publisher simplified and arrange every part for all instrument. The Compton Swing Collection became a household name performing with the likes of violinist Stepan Grapelli, Acka Bilk and many others, appearing on Nationwide and with Roy Castle and Cilla Black. The name Satch came about as a result of Satch’s emulation of the late Louise Armstrong (Satchmo).

Satch was a straight A student who became assistant head boy with a host exam passes including Music.

Satch wanted to be a professional musician but didn’t quite make it due to the very high standard of players at the time, his music teacher suggested a new college in Morden who offer a basic course in instrument repair and maintenance. Satch applied and got a place on their 1973-1975 course passing with credit. 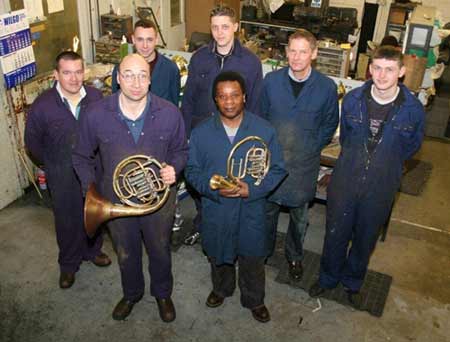 With over 40 years at Paxman Musical Instruments Ltd, Satch’s knowledge, experience and expertise on French horns (especially the Paxman brand) is unrivalled.

With this under his belt, Satch is ready for the next phase of his life’s journey. To do what he does best under his own brand, SATCH BRASS CONSULTANTS LTD based in the London Borough of Southwark, just off the Old Kent Road (A2) and is in close proximity to both South Bermondsey and Surrey Quays trains stations. Many bus routes run along the Old Kent Road providing good access into the City and West End to the north and New Cross, Southeast London and Kent to the south.